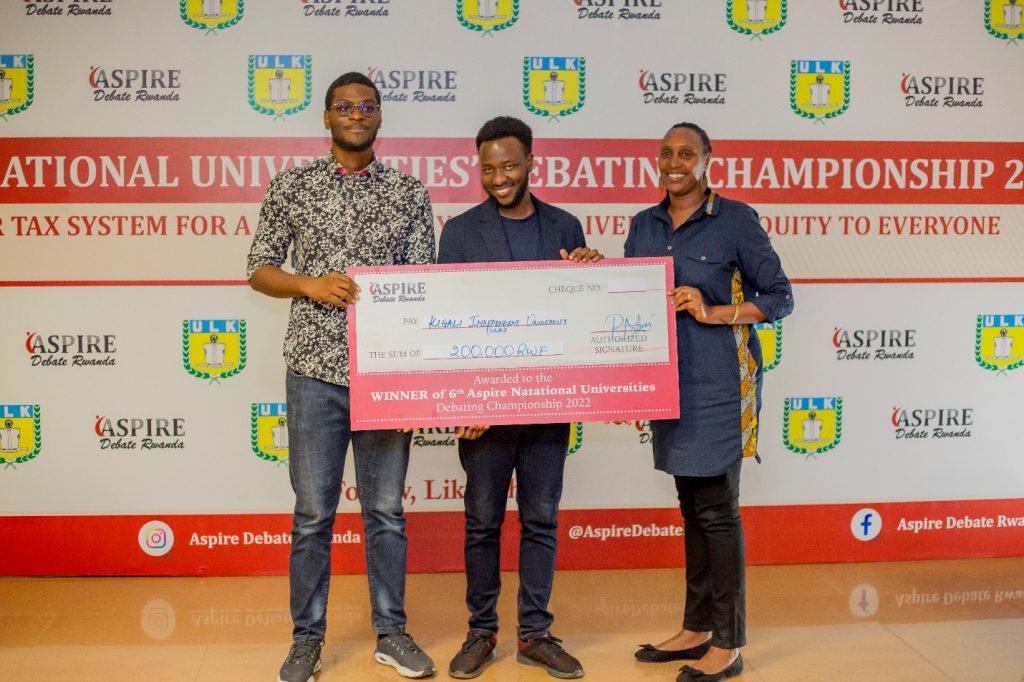 In the just concluded Aspire National Universities Debating Championship, Kigali Independent University students emerged winners after eliminating all twelve universities that were taking part in the contest. It was the 6th edition of the debating championship ever since Aspire Debate Rwanda started organizing debating competitions among higher learning institutions operating in Rwanda. The main event of the competition was graced on 10th June, 2022.

The culture of debating among students boosts their critical thinking and public speaking skills making them people who can confidently face the realities on the labor market. The contemporary world makes it a necessity for individuals to be endowed with the rhetoric skills so as to stand tall once on the job market and contribute to national building agenda. No single organization would wish to hire a tongue-tied person as such a person can lead to mayhem not milestones.

It is believed that such worries are among the factors that triggered Aspire Debate Rwanda to establish the organization. This is true of any case as Mr. David Ntambiye, the executive Director of Aspire Debate Rwanda said that Aspire was created to contribute to the improvement of speaking skills among students.

“Aspire Debate Rwanda is a youth centered and led non-profit organization founded in 2014 with zeal to empower, instill critical thinking and other soft skills through creating an enabling space for youth to actively participate, engage and influence policy formulation and programs that strengthen national transformation agenda. We believe in active participation of the youth and our programs are designed to proactively engage and empower youth, create a sense of ownership so that they can live an independent but responsible life”, said David Ntambiye.

“We focus on Debate Education because the art of debate promotes mutual understanding and inform citizenship, leads to increased critical thinking, tolerance, enhances exchange of ideas which is an ingredient to academic excellence; thus contributing to social, political and economic development of the nation. The 6th annual Aspire National Universities’ Debating Championship was organized with desire to contribute and ensure that youth are grounded with rightful information on country’s taxation policies, their objectives and expected results.”, he added.

This year’s theme was “Fair Tax System for a just Economy that Delivers with Equity to Everyone”. All participating debaters had to showcase their understanding of the theme through the arguments put forth after motions were disclosed.

The debating style was the British Parliamentary Debate whereby eight debaters take place in the debate. A number of rounds were held to select the best four teams which made it to the finals. At the final, a motion was shared and at the end of the debate, ULK debaters made of James Abrahams and Isaac, were declared winners with the University of Rwanda, Huye Campus ranked second.

As soon as the results were announced, ULK debaters and their supporters became excessively jubilant as their hard work had paid off.

Asked what he credits the victory to, Mr. James Abrahams, who is also the ULK Debate Club President, underscored that the spirit of oneness that prevails among debaters has greatly led to the success of the club. He also argued that the relentless support by the management of the institution has also played a pivotal role.

“A lot of factors are behind our well-deserved success. Firstly, we’ve been tirelessly together with fellow members of the debate club. They’ve truly helped us to prepare and practice sufficiently. Secondly, the management of our beloved University never ceases to render us support. Their back-up hand is a gesture of motivation that pushes us to shoot for the stars especially when we’re competing with other academic institutions”, he was quoted as saying.

It is worth noting that this is not the first time ULK debaters are soaring like eagles in debates as some ULK graduates such as Erica KABANDA, SHYAKA Jesse Rayson, NISHIMWE Ariane Douce, and many others won competitions which saw ULK take part in continental contests. 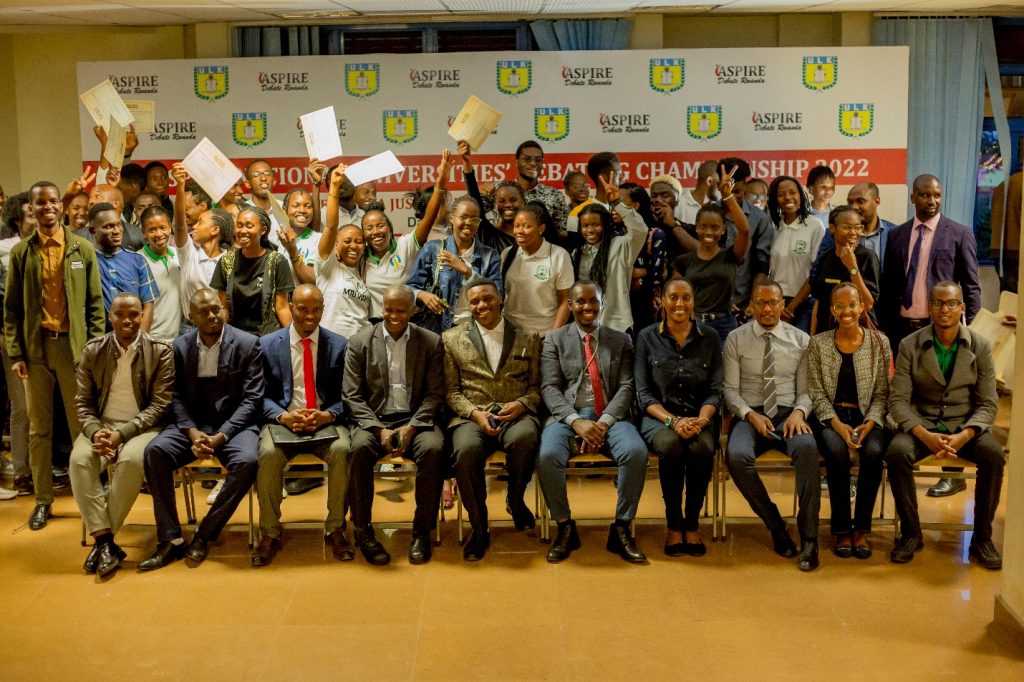